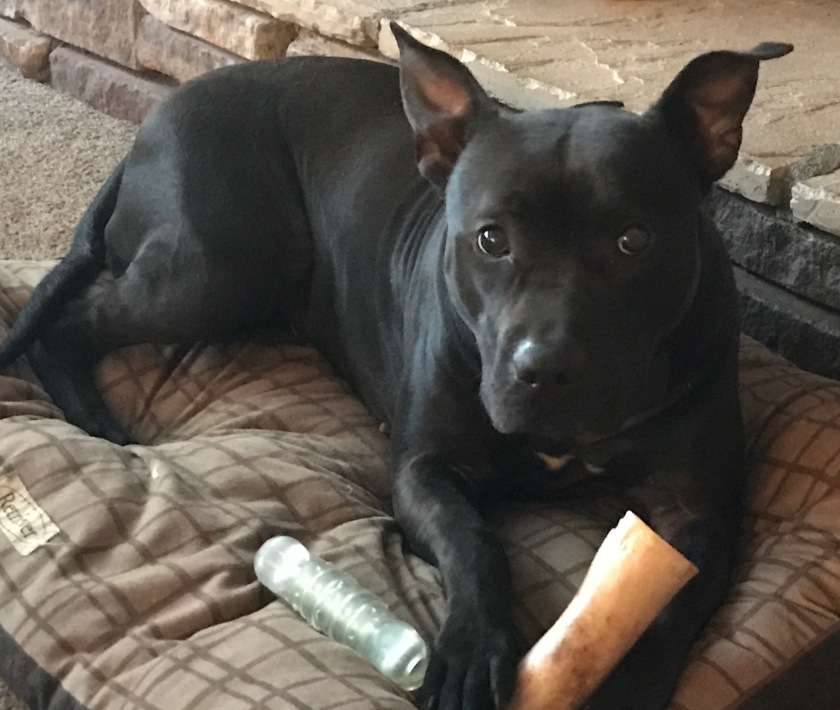 Bella always greets me at the door with a shoe in her mouth.  It could be a sneaker, flip-flops or even a sandal.  Whatever is nearby when I get to the door is hanging out of her mouth.  She picks up a treasure to greet me on each visit.  Once it was the remote control and another time it was the password for the Wi fi.  Mallory usually picks up a toy to show her joy that I have arrived.

I usually ask them, “What do you two have in your mouths?”  As I let them out the back door to play, I say, “Drop it!”  I want to make sure the shoes, treasures and toys stay in the house in one piece.  I try to ensure that they are not left outside, muddy, forgotten and never to be seen again.

Exodus 4 tells the story of Moses getting up his courage to go to the Israelites and tell them that God had appeared to him and had declared him their leader.  He had been appointed to take them out of bondage in Egypt and lead them to the Promised Land.

Moses asked God in verse 1, “What if they do not believe me or listen to me and say, ‘The LORD did not appear to you’?”  Then God asked him what is that in your hand?  Moses replied that it was a staff.  God told him to throw it on the ground.  The staff immediately turned into a snake.  God told Moses to grab the snake by the tail and it turned back into a staff.  They continued this way until Moses had to come up with a new excuse.  He said he wasn’t an eloquent speaker and asked God to send someone else.  God was mad but he got Moses’ brother Aaron to do the talking.

Has God appeared to you?  Has he revealed a plan for your life that you are having a hard time buying?  Are you arguing with God and telling him to send someone else?  Don’t miss out on an exciting adventure with God.  Don’t stay in bondage in Egypt when you could be headed for the promised land.

He is asking you the same question he asked Moses so long ago.  What is in your hand?  What has God equipped you to do or say that is different from everyone else?  You might feel inadequate but that is when God does his greatest work through us.  He receives the glory and walks with us and gives us the ability to speak on his behalf.

Do you like to paint?  Is musical talent one of your gifts?  Perhaps you are holding a pen and could write encouraging notes to shut-ins or nursing home residents.  The opportunities are endless when God is leading you.

Don’t spend a lot of time looking at other’s talents and wishing they were something you could cultivate in your life.  Seek God and listen for that still small voice.  That idea that has taken shape and won’t leave your mind, might seem impossible on your own but with God all things are possible.

So what is in your hand?  Think about it, pray about it and use it for the glory of God, today. 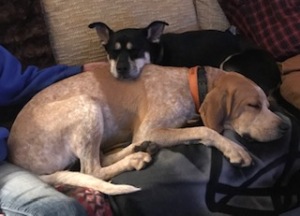 “There is no fear in love.  But perfect love drives out fear, because fear has to do with punishment.  The one who fears is not made perfect in love.”